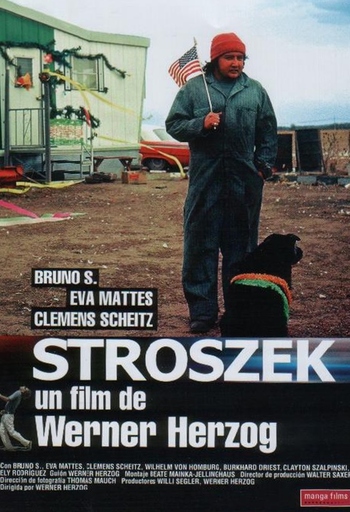 Werner Herzog film about street musician Bruno Stroszek and his friends. Bruno, Scheitz and Eva are down on their luck. They move to Wisconsin to escape Eva's abusive pimps. Unfortunately, they aren't quite able to make it in America.

Stroszek has examples of: