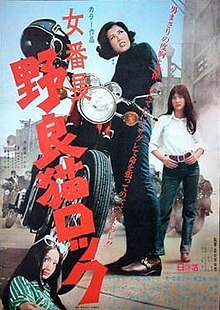 Ako is a biker who runs into girl gang the Stray Cats about to have a knife fight. After intervening to save them, she joins the gang and befriends their leader Mei, slowly climbing the ranks to become a leader. Meanwhile, Mei's boyfriend is trying to join a far right nationalist gang called the Seiyu Group, and tries to convince his friend to throw a boxing match for them. Ako and Mei unwittingly convince said friend to win the match, starting a Mob War between the Stray Cats and the Seiyu Group.