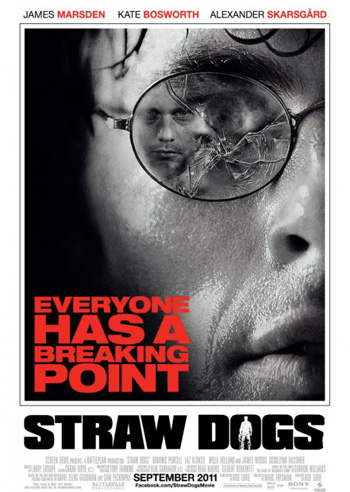 Even the poster is a remake.
Advertisement:

Straw Dogs is a 2011 remake of the controversial Sam Peckinpah film of the same name, starring James Marsden, Kate Bosworth, and Alexander Skarsgård. The film moves the action from rural England to the Deep South.