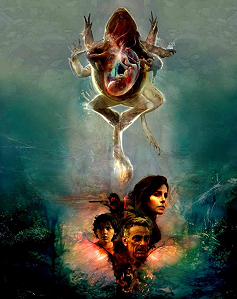 Strange Nature is a film by Jim Ojala.

A single mother and former pop star, Kim (Lisa Sheridan) has moved herself and her 11-year-old son, Brody, to Duluth, Minnesota, the town Kim grew up in, and help her father Chuck (Bruce Bohne). At around the same time, a series of strange birth defects have started popping up in the local wildlife. Kim tries to dig into it, but gets nowhere.

Soon, she decides she has to do something before the deformations spread from animals to humans.