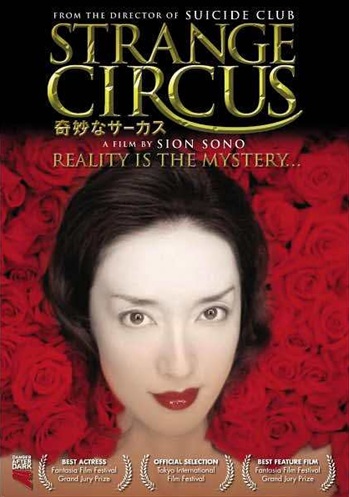 The film begins with 12-year-old Mitsuko who accidentally walks in on her school principal father raping her mother. Her father realizes this and one day invites his daughter to watch him and his wife having sex with Mitsuko locked in a cello case. Having been forced to watch her parents' love-making, Mitsuko's pervert father decides it's her turn. He locks his wife inside of the cello case and has his way with his daughter as his wife watches in horror.

This goes on without anyone at the school finding out, but over time, Mitsuko's mother Sayuri becomes extremely jealous of her daughter having sex with her father. Sayuri begins to attempt to kill Mitsuko on multiple occasions when her husband Gozo is away. When Mitsuko finally stands up to her mother, she pushes her down the stairs, killing her. But even after the funeral, Mitsuko's abuse continues at the hands of her father.

Mitsuko continues going to school where her father is the principal and one day jumps off the roof in an attempt to kill herself but only ends up in a wheelchair.

This is the Gorn filled tale of murder, incest and suicide that wheelchair-bound novelist Taeko intends to write. With her Bishounen assistant Yuji she will figure out the truth behind her newest story and her own past as well. But will her constant nightmares become too much to bear?