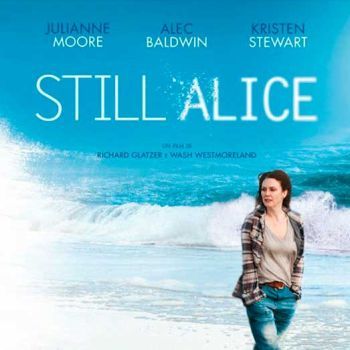 Still Alice is a 2014 drama film starring Julianne Moore, Alec Baldwin, and Kristen Stewart, based on the bestselling 2007 novel of the same name written by Lisa Genova.

Dr. Alice Howland (Moore) is a renowned professor of linguistics at Columbia University, mother to three adult children, and wife to Dr. John Howland (Baldwin), a prominent physician. As she begins having lapses in memory, she undergoes testing and learns that she has early-onset Alzheimer's disease. She then struggles to cope with her failing memory, which begins to exert a strain on her family.