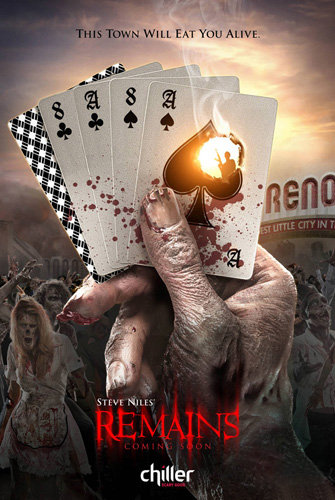 A freak nuclear accident turns the citizens of Reno, Nevada into flesh-eating zombies that become more aggressive as time goes by. A small group of survivors take refuge in a casino and chaos ensues. A made-for-TV zombie flick based upon the graphic novel by the writer of 30 Days of Night. It premiered on Chiller TV (a U.S. channel dedicated to the horror genre and a sister network to Syfy) in December 2011 as a part of their Chiller Presents movie series.