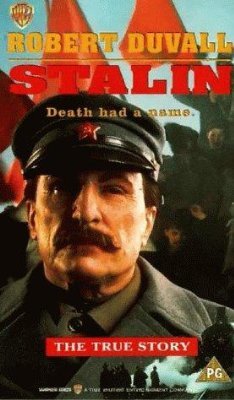 Stalin is an HBO Biopic about Josef Stalin, beginning with the initial success of the Bolshevik Revolution in Russia. It depicts how Stalin took power following the death of Vladimir Lenin and consolidated power through the brutal collectivization policy and the Great Purges. The movie also focuses on Stalin's personal life, most notably his wife Nadezdha, who ultimately kills herself because of how brutal and twisted Stalin becomes.

The movie stars Robert Duvall (as Stalin) and Julia Ormond (as Nadezdha).