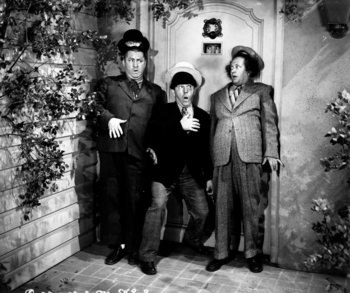 Curly: "If we don't sell anything here, me and my feet is quittin'."
Spook Louder is The Three Stooges' 69th short subject by Columbia Pictures.
Advertisement:

Here, the Stooges, who are salesmen, are chosen to guard the house of Professor Graves by a Japanese spy invasion.