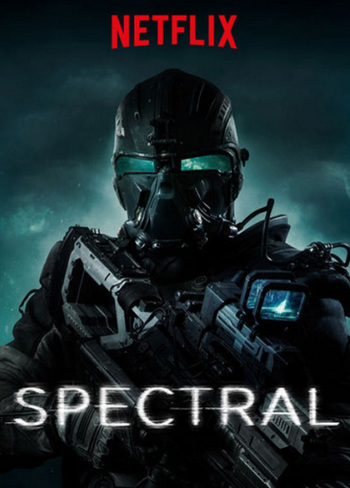 . It is set in the near future where a routine foreign entanglement goes horribly wrong as soldiers are killed by ghost-like entities known as Spectrals. Mark Clyne, a DARPA scientist, is deployed to Moldova to determine what the entities are and figure out how to take them down.
Advertisement:

It was originally slated for a theatrical release by Universal Pictures, but late into production they dropped it from their schedule. Netflix picked it up as an original film, and it was released on December 9, 2016.