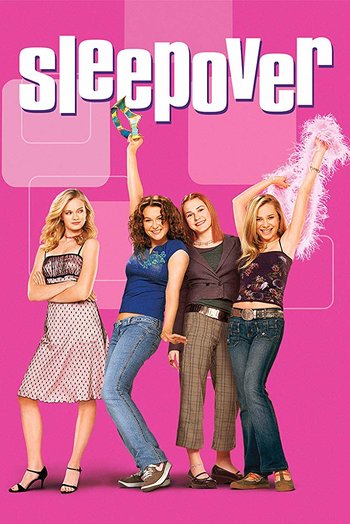 The rules are set. The game is on.
Advertisement:

Having just completed junior high, 14-year-old Julie (Vega) and her best friends Hannah (Mika Boorem), Yancy (Kallie Flynn Childress), and Farrah (Scout Taylor-Compton) plan one last fun night together before Hannah moves away with her family. Then rivals Staci (Sara Paxton) and her Girl Posse propose a little contest with them: a city-wide scavenger hunt between the two groups, with the winners securing a coveted lunch spot when they start high school that fall.

Also in the cast are Jane Lynch and Jeff Garlin as Julie's parents, Sam Huntington as her older brother Ren, Sean Faris as her crush Steve, Evan Peters as her skater friend "SpongeBob" (who has a crush on Staci), Brie Larson as Staci's friend Liz, and Steve Carell as an inept neighborhood security guard the girls have to elude.