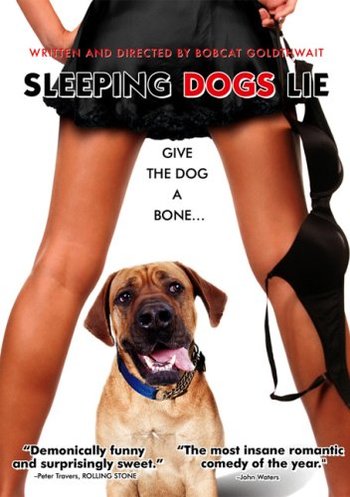 A woman gets engaged to her longtime boyfriend, but wonders if it's worth being truly honest, when stuck whether or not to tell him that in college she performed a very unconventional sexual act despite being an otherwise ordinary and accomplished person.

Definitely not to be confused with Sleeping Dogs. Or the other one.