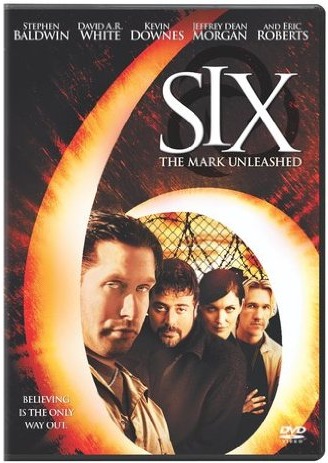 Six: The Mark Unleashed is a Christian end-times film released by Signal Hill Pictures in 2004. In the film, the world is taken over by a mysterious person called The Leader, who forces people to take what is called The Holy Implant. A group of Independents, which include Tom Newman (Jeffrey Dean Morgan), a former cop who became a smuggler, and two carjackers, Brody Sutton (David White) and Jerry Willis (Kevin Downes), are put into a prison where they meet people who became Christians that share their faith with those who enter the facility before they are beheaded. The Independents plan to break out of the prison, but the smuggler has plans regarding his former wife Jeseca (Amy Moon), who had taken The Holy Implant.