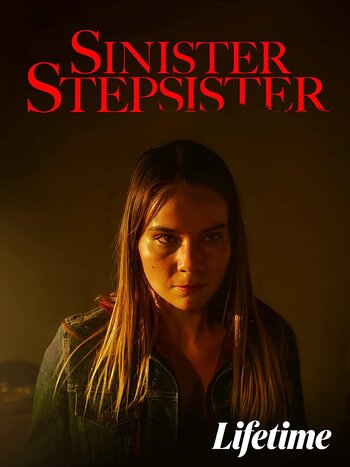 Sinister Stepsister is a 2022 Lifetime Movie of the Week Thriller, directed by John Murlowski and written by Adam Rockoff.

Nice Guy dad Jeff Mitchell (Matt Pohlkamp) finds out that he fathered a previously-unknown daughter named Carlee (Annika Foster) with his high school girlfriend. She comes into his life after her mother's death. While Jeff and his wife Lisa (Jhey Castles) accept Carlee into the family, and their young son Noah (Dayne Jarrah) bonds with her, their teenage daughter Ella (Tu Morrow) notices some strange behavior from Carlee, and begins to wonder if there's more going on than it seems.