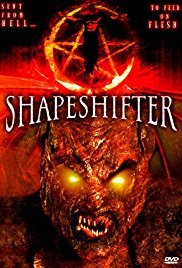 Shapeshifter is a 2005 American horror film from The Asylum.

Ginny Lydon is a former Marine who has just joined the police force as a jail guard. On her first night, a federal witness against the Russian mob is taken into protective custody, as is a mysterious vagrant. This vagrant turns out to be an agent of The Mafiya, with a twist: He's a shapeshifting demon. And he's going to slaughter every last person in this jail...