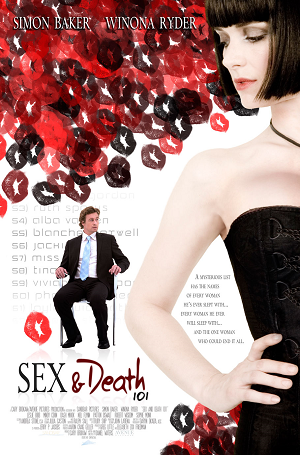 "Life is a lot like death: it happens to everyone whether they like it or not. And the meaning of it all? Honestly? Who gives a fuck?"
— Roderick Blank
Advertisement:

A guy's life is turned around by an email, which includes the names of everyone he's had sex with and ever will have sex with... and his current fianceé is only #29 of a list of 101. Not only does hilarity ensue but to Rodrick's horror, the final name of the list is the just discovered true identity of the misandrist Serial Killer "Death Nell"...