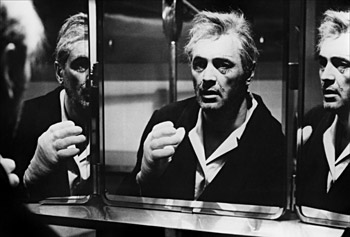 Arthur Hamilton is a middle-aged banker who is restless with his job and his marriage. One day, he gets contacted by an old friend of his (whom he thought was dead), and this friend urges Hamilton to contact an organization simply known as the Company. Mr. Ruby, the representative he meets, presents Hamilton an offer; they will fake his death, and in return, give him a complete surgical makeover - removing his fingerprints, changing his face, teeth and voice, making him look younger - and offer him a chance to make a fresh start with his life. Eventually, Hamilton agrees to it, and he becomes Tony Wilson, a painter. However, he soon discovers it's not all that it's cracked up to be.

This was a flop when it was first released, but has since become a cult hit. No relation to the comic book.