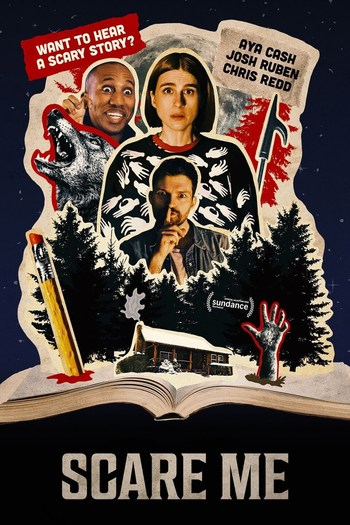 Scare Me is a Comedy Horror film written and directed by comedian Josh Ruben who also stars in the film. The film also stars Aya Cash and Chris Redd.

During a trip to the Catskills, disgruntled artist Fred (Ruben) encounters best selling horror writer Fanny (Cash) who later comes to his cabin during a blackout during which the two tell each other horror stories.

Scare Me provides examples of: