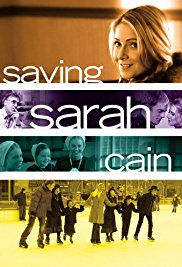 This is a film based on the novel The Redemption Of Sarah Cain by Beverly Lewis. It is directed by Michael Landon, Jr.

Cynical Newspaper columnist in Portland, Oregon Sarah Cain discovers to her shock that her sister, an Amish convert has died and appointed her guardian of five Amish children. She takes them back to the city and attempts to raise them.

This is a rather predictable plot but it is a light and heartwarming movie.