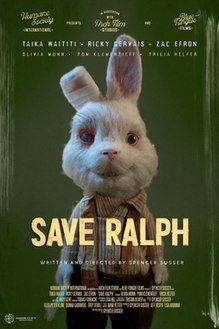 The plot follows an interview with Ralph (Waititi), a rabbit who details his life as he is used for animal testing and the damages it has caused to his body. Produced by Jeff Vespa, the 4-minute short film was released by Humane Society International on April 6, 2021.