Film / SAGA: Curse of the Shadow 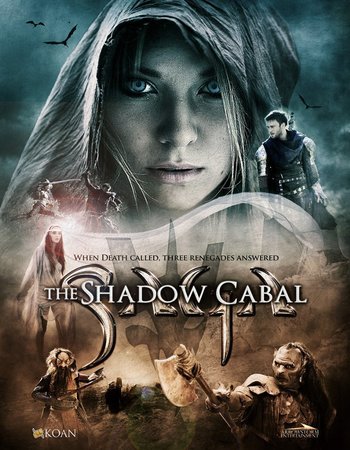 SAGA: Curse of the Shadow (a.k.a. The Shadow Cabal, Curse of the Dragon Slayer and Rise of the Shadow Warrior) is a fantasy adventure independent film made by Arrowstorm Entertainment. It tells the story of an Elf Bounty Hunter teaming-up with an Orc and a human to save the world from the awakening of the God of Undead.

This is a movie adaptation of the 2008 MMORTS game SAGA

, though most markets take the name out of the title. This applies to the US unfortunately due to Executive Meddling from distributor Phase 4 Films.