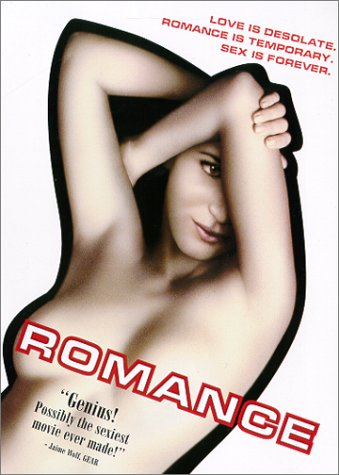 Marie (Caroline Ducey) is a schoolteacher whose boyfriend, Paul (Sagamore Stévenin), refuses to have sex with her. Marie, irritated, begins having liasons with other men.

In the time she has spent away, Marie expects that Paul would have cheated on her; but going back to him she discovers him idly sitting in a restaurant reading. Indeed, all he had wanted was to be away from her, which in her mind is even worse than if he actually was cheating. Heading back to their apartment, she gets raped by a stranger on the stairs.

She then goes back to Robert and engages in BDSM with him again, this time affably. She then goes back to Paul and informs him of her dalliances; this turns him on and he finally has sex with her, thus impregnating her. During her subsequent exams Marie hallucinates that the upper half of her is on one side of a wall in a hospital, and the lower half on the other side of the wall is in a brothel being ravaged by multiple men. During this time Paul displays some newfound affection for her, but he quickly slips back into his old ways, drinking and hitting on strange women with his family at the bar. Marie's pissed. That's the final straw.

So she blows up their apartment and goes and has the baby with Robert. The end.