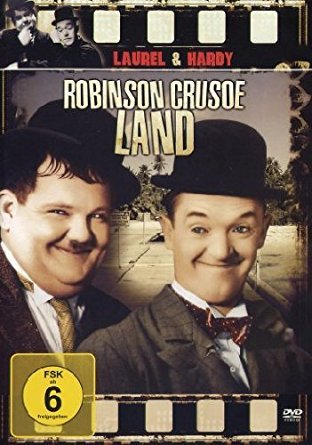 It stars Stan Laurel and Oliver Hardy. It seems that Stan had an uncle, who, when he died, left Stan a fortune, a yacht, and a private island in the South Seas. Unscrupulous lawyers take most of the money, but Stan and Ollie get to keep the yacht. As they are leaving Marseilles, they pick up two passengers. Antoine is a stateless man who, without citizenship, agrees to work for Stan and Ollie and go to their island because he literally has nowhere else to go. They also get a stowaway in the person of Giovanni, a bricklayer.

The gang sets sail, but never make it to Stan's island. Instead a storm shipwrecks them on a completely different island. Luckily this island has drinking water, edible fruit, and plenty of shellfish by the shore. Stan, Ollie, Antoine, and Giuseppe construct their own little island paradise. They are eventually joined by Cherie, a gorgeous French cabaret singer who gets all the men excited. However, further complications ensue.

Laurel and Hardy's last film. A notorious Troubled Production which staggered on for a full year.

Robinson Crusoeland provides the example of: