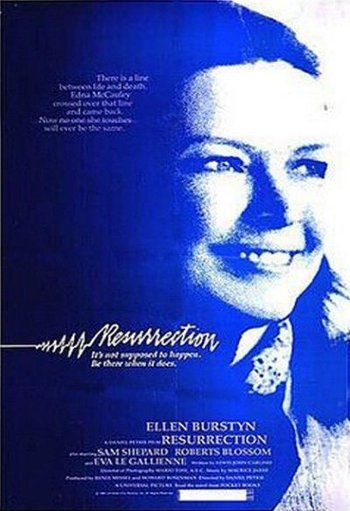 Resurrection is a 1980 film directed by Daniel Petrie. It's the story of a woman who comes back from temporary clinical death after a car accident, and discovers that she has healing powers. She becomes famous through her healings, attracting the devotion of those who need healing, the interest of a group of scientists, and knee-jerk fear from her religiously fanatical father and lover. Ellen Burstyn and Eva Le Gallienne were both nominated for Best Actress Academy Awards.

The film was remade in 1999 and novelised by George Gipe.