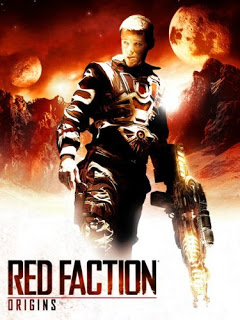 Red Faction: Origins is a Live-Action Adaptation to the Red Faction series, it aired on Syfy on June 4, 2011. The movie bridges the gap between Guerrilla and Armageddon, with Robert Patrick as Alec Mason; Brian J. Smith portrays Alec's son Jake Mason, the main protagonist.

Origins' plot concerns Jake tracking down the mysterious White Faction, who Jake believes are responsible for killing his mother, and kidnapping his sister.