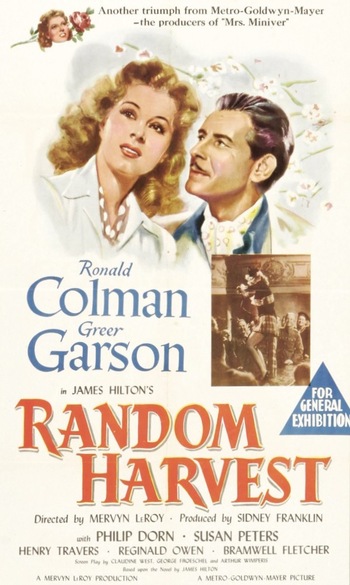 Random Harvest is a 1942 romantic drama film directed by Mervyn LeRoy, based on the 1941 novel of the same name by James Hilton. It stars Ronald Colman and Greer Garson.

"John Smith" (Colman), an amnesiac soldier in the First World War, wanders away from the asylum he is confined to when the gatekeepers abandon their posts to join a party celebrating the end of the war. He meets Paula (Garson), a singer, and they leave the town and go to a village in Devon where they marry and have a son. Then he goes to Liverpool for a job interview, is hit by a car, and comes to with his original memories restored, but his memories of his life with Paula forgotten...