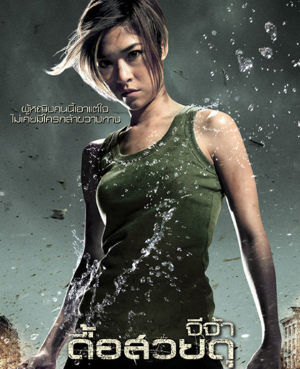 Deu, a travelling musician, has been abandoned by her family and kicked out of her band after attacking her cheating boyfriend. After the split up she's nearly kidnapped, but is saved in the nick of time by Sanim and his unique style of fighting.

Deu's kidnappers are revealed to be a violent gang of human traffickers, who have been killing and abducting woman all around Thailand. Sanim and his crew- Pig, Dog, and Bull- have had loved ones kidnapped or killed by the gang, and have been working together to take them down.

After blackmailing the group into training her in their art of Meyraiyuth (by threatening to destroy all their bottles of booze) she joins in with the ass-kicking, all the while uncovering more secrets about the trafficking and about her new companions.