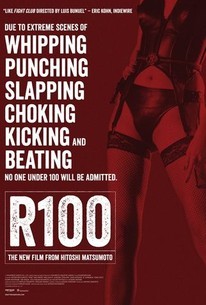 R100 is a 2013 Japanese Black Comedy directed by comedian Hitoshi Matsumoto, of Gaki no Tsukai ya Arahende.