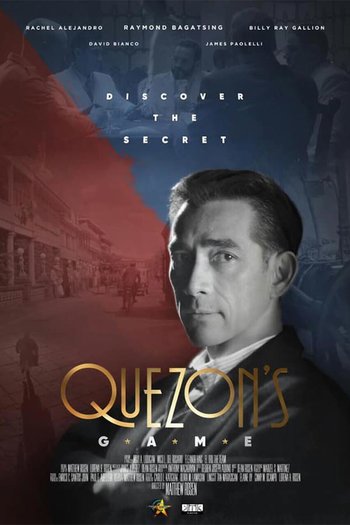 Quezon's Game is a Philippine biographical film directed by Matthew Rosen and co-produced by Star Cinema, iWant, and Kinetek. First viewed in Canada in December 2018, it had its cinematic debut in Philippine Cinemas in May 2019. Set in 1938, the film explores a relatively unknown chapter in Philippine history prior to the onset of the Second World War. While struggling with a relapse of tuberculosis, then Philippine President Manuel L. Quezon (Raymond Bagatsing) and his allies worked toward the coordinated rescue of more than 1,200 Jewish refugees from Nazi Germany. Think Schindler's List, but in the Philippines.