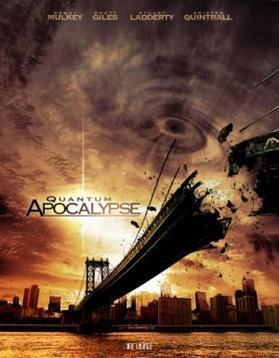 When a comet suddenly veers off course and crashes into Mars, scientists Trish Zane (Gigi Edgley) and Tom Lively (Collin Galyean) discover that the comet was moved by the gravitational pull of a strangelet

, which is heading for Earth and will destroy the planet in a few days. Scientists around the world scramble for a solution, but to no avail, and the strangelet causes massive destruction as it approaches.

Meanwhile, in the city of Parish, Mayor Ben Marshall (Randy Mulkey), his children Leo (Stuart Lafferty) and Samantha (Jenna Craig), and his new wife Lynne (Stephanie Jacobsen) try to survive the series of disasters. But Ben's autistic brother Terry (Rhett Giles) has an idea that he thinks can save the world.