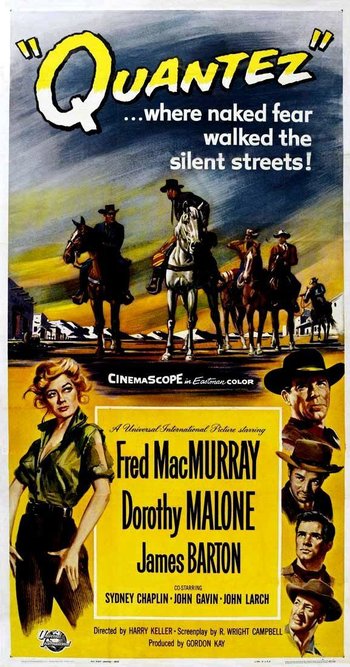 Heller's (John Larch) gang of outlaws pull a robbery, kill a man and ride toward Mexico, fleeing a posse. To spend the night, they first head for the border town of Quantez, but are shocked to discover that it has become a ghost town, with no one else there.

The gang includes Gentry (MacMurray), the gang's most experienced man; Teach (John Gavin), a younger gunslinger who becomes interested in Chaney (Malone), who is Heller's woman but upset over the murder during the holdup; and Gato (Sydney Chaplin), who was raised by Apaches, and is infuriated by Heller's referring to him as "breed". They soon come into a confrontation with Apaches led by Delgadito (Michael Ansara).