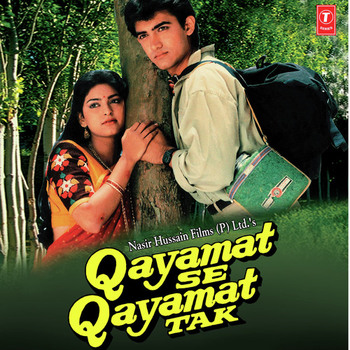 Qayamat Se Qayamat Tak (From Doomsday to Doomsday) is a 1988 Bollywood romantic musical film starring Aamir Khan and Juhi Chawla as two young lovers caught in the middle of a Family Feud. It is an unofficial adaptation of Romeo and Juliet.

Dhanraj and Randhir are feuding because Randhir’s brother knocked up Dhanraj’s sister and refused to marry her, and thereby received the business end of a shotgun from Dhanraj’s brother. However Dhanraj’s son Raj meets Randhir’s daughter Rashmi when both of them get lost in a forest and find their way back together. After keeping their relationship a secret for some time, the two decide to run away and elope. However, Randhir tricks Rashmi with promises of forgiveness and acceptance, but sends a gaggle of thugs to retrieve her and kill Raj. Will they survive?