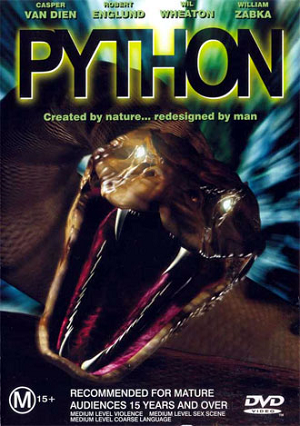 A dangerous cargo containing a genetically engineered super-snake named Python is lost amid a plane crash, as it proceeds to rampage through a California town.