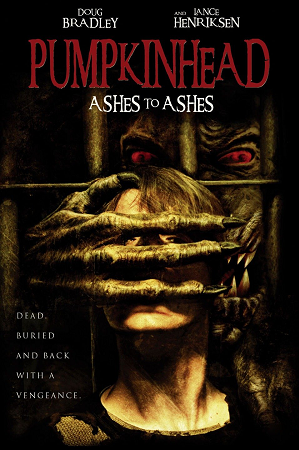 Pumpkinhead: Ashes to Ashes (2006) is a Direct to Video horror movie starring Doug Bradley and Lance Henriksen and the second sequel to Pumpkinhead.