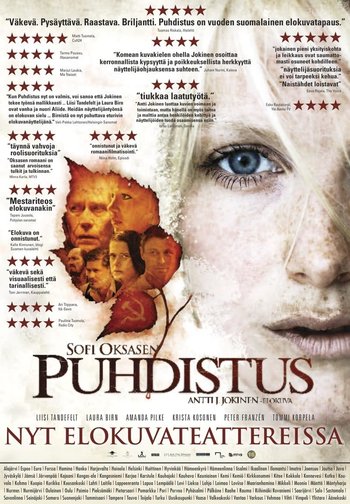 Puhdistus (English title: The Purge) is a 2007 novel by Finnish writer Sofi Oksanen, adapted to film in 2012, telling the story of two women: Aliide Truu, who has lived through the horrors of the Soviet occupation of Estonia after WW2, and Zara Pekk, who is a victim of sex trafficking by the Russian mafia. Fleeing from her captors, Zara stumbles upon Aliide's hut and is revealed to be her grandniece. This unlocks Aliide's memories and causes her to relate to the young woman.