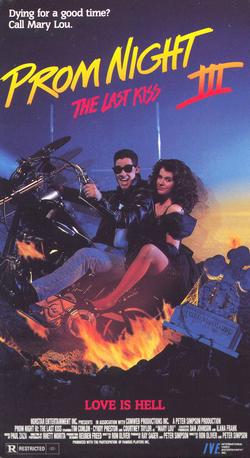 Mary Lou manages to escape from the other side to the land of the living, and begins dating a student named Alex, offering her special brand of skills (read: murder) to help him through high school. But when he tries to break off with her due to all the bodies she leaves behind, all hell breaks loose (literally).

The film was written and co-directed by Ron Oliver, who had written the previous film and directed its reshoots. Peter Simpson, the producer of the previous two films, was the other co-director.