Film / Prisoners Of The Ghostland 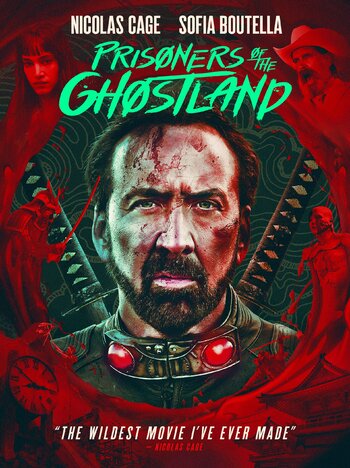 Prisoners of the Ghostland is a 2021 New Old West action film starring Nicolas Cage and Sofia Boutella and directed by Sion Sono.

Nicolas Cage plays Hero, a man, who, following a botched bank robbery, is hired by a ruthless dictator known as the Governor to find his missing granddaughter, Bernice. He is equipped with a suit that, should he fail to comply with the Governor's orders, will self destruct in five days.