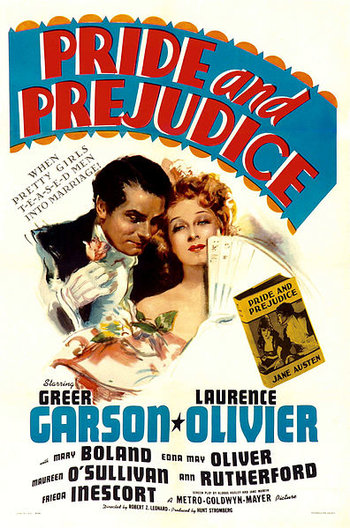 The 1940 film version of Pride and Prejudice has a screenplay co-written by Aldous Huxley and starring Greer Garson as Elizabeth Bennet and Laurence Olivier as Mr. Darcy.