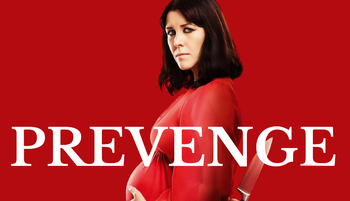 A heavily pregnant widow, Ruth (Alice Lowe, who also directed), hears her unborn baby's voice telling her to take revenge on people she holds responsible for the father's death.
Advertisement: