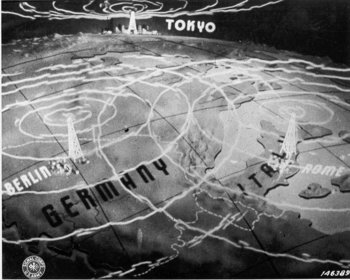 It's the first film of the Why We Fight wartime propaganda series. Prelude to War documents the rise of fascism in Europe and Japan and the aggressive posture of Germany, Italy, and Japan in the 1930s. The "slave world" powers oppress and persecute their own citizens before attacking the "free world" powers and bringing on a world war.

Six more Why We Fight films followed. All of them, as products of the U.S. government, are in the public domain.