Film / Preaching to the Perverted 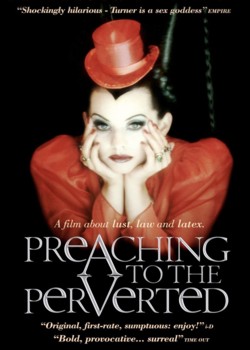 Hilarity Ensues as Peter finds himself increasingly attracted to the club's owner and main performance artist Tanya Cheex and is torn between his loyalty to his employer and his devotion to Tanya.