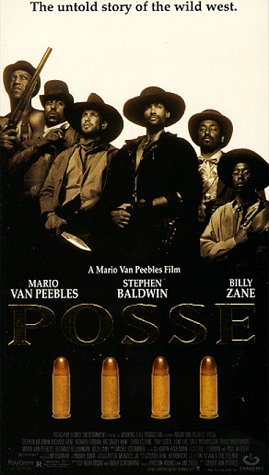 Posse is a 1993 American Western film directed by and starring Mario Van Peebles.

Featuring a large ensemble cast of mostly African-American actors, the film is about a posse of black soldiers led by Jessie Lee (Van Peebles) and one ostracized white soldier called Little J (Stephen Baldwin), all of whom are betrayed by a corrupt colonel (Billy Zane). The story starts with the group escaping with a cache of gold, and continues with Jesse Lee taking revenge on the men who killed his preacher father.