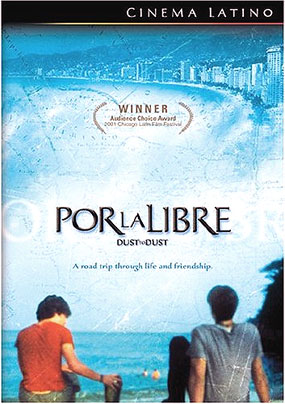 Por la libre (English title Dust to dust) is a 2000 Mexican film about two rival cousins, both named Rodrigo Carnicero who set on a trip to comply with the last wish of their grandfather (also named Rodrigo Carnicero): to have his ashes thrown to the sea at dawn in the port of Acapulco. Expect chaos and some surprises on the way.

One of the first representatives of the "New Wave" in Mexican cinema, and a Spiritual Ancestor to the way more successful and known Y tu mamá también.