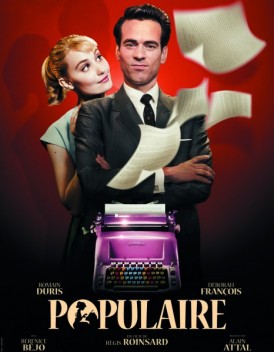 The story starts in 1958. 20 years old lady Rose Pamphyle (Déborah François) is faced with two choices: she can stay in her Norman village and get married to the local garage mechanic, or move to the nearby city of Lisieux and realize her dream to become a secretary. She chooses the second option, and is then recruited by Louis Echard (Romain Duris), an insurer, but soon proves to be incompetent and clumsy. However, upon seeing her speed at typewriting, Louis decides to train her for typewriting competitions. And the two soon feel attracted to each other.