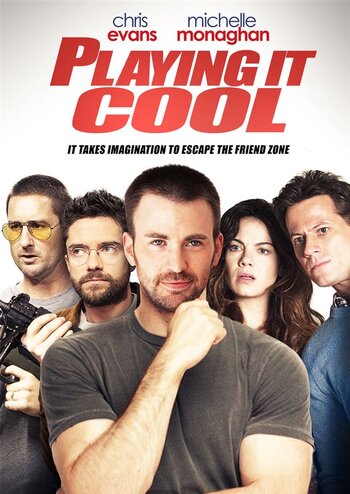 The film centers around "Me" (Evans), a screenwriter who has to write a romantic comedy. The problem is that he has no idea what love is, and his friends are of very little help in improving his understanding of the emotion/concept. Then "Me" meets "Her" (Monaghan) at a charity event, finds himself dealing with feelings he's never experienced before, and is immediately smitten with the woman. There's a wrinkle, however: "Her" has a boyfriend.