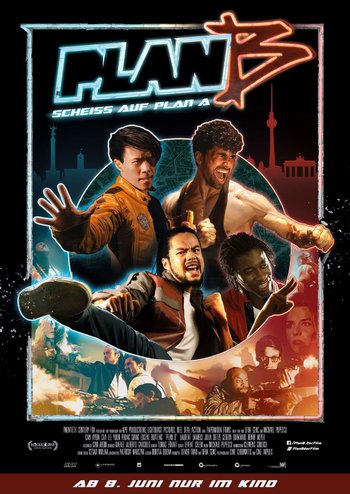 Can, Phong, Cha and U-Gin are best friends and at the same time the most unsuccessful action star wannabes this side of Hollywood. But when they unexpectedly get a casting call falling on their laps, it becomes the very last chance to finally show what they are really capable off.

The only problem is that their agent U-Gin reversed the address, so that instead of walking into a movie set of their dreams they run into a troupe of tough gangsters who take Phong hostage and send the others on a relentless treasure hunt in order to free their friend, entangling them in a complex conspiracy to dethrone the kingpin of Berlin's underworld.

Plan B: Scheiß auf Plan A provides examples of: