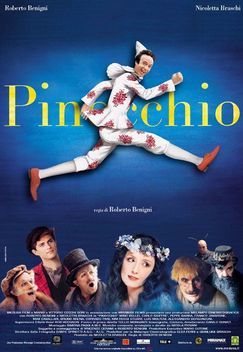 Pinocchio is a 2002 film adaptation of Carlo Collodi's book The Adventures of Pinocchio directed by and starring (in the title role) Roberto Benigni.