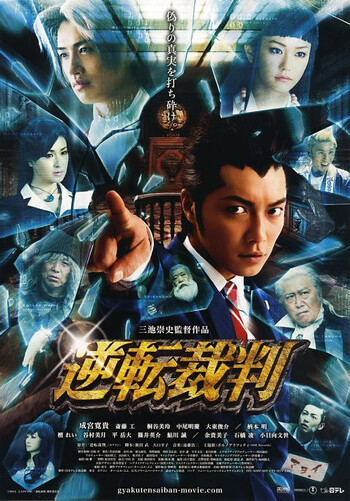 The great court battle is about to begin!
Mia Fey: You're not wrong. Turn logic on its head.
Phoenix Wright: Turnabout?
Advertisement:

Phoenix Wright is a rookie defense attorney determined to uncover the truth and defend the innocent. When his mentor, Mia, dies after calling about a big case she's working on, Wright finds himself thrown into cases much more difficult than he'd imagined. Aided by Mia's younger sister, Maya, he must go against the legendary prosecutor Manfred von Karma, in order to clear the name of Miles Edgeworth and solve the fifteen-year mystery known as the DL-6 Incident.