Film / Phantom of the Megaplex 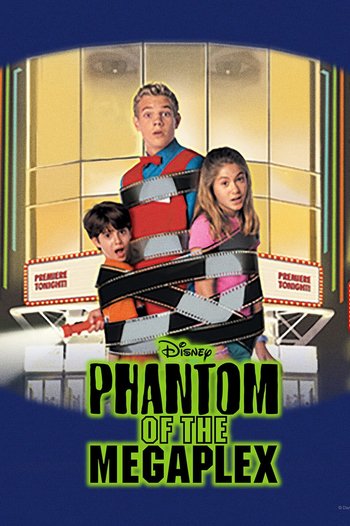 "The Phantom of the Megaplex strikes again!"
Phantom of the Megaplex is a 2000 Disney Channel comedy film. Very loosely based on The Phantom of the Opera, the story concerns strange happenings at a megaplex on the night of the premiere of a major Hollywood film, Midnight Mayhem. Pete Riley, the seventeen-year-old assistant manager of the theater, has to cope with malfunctioning equipment, disappearing staff, and a broken popcorn machine! He investigates the troubles to find out if it's all a coincidence or the result of sabotage by a mysterious "phantom", not to mention the antics of his younger siblings.