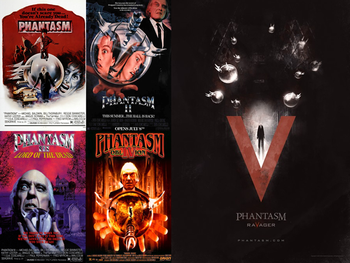 "You play a good game, boy. But the game is finished.
Now You Die!"
"Where he came from, nobody knows. His evil spread like a plague, destroying towns, maiming and killing. We called him The Tall Man; at first we thought he was just an undertaker. His hordes pillaged graveyards, rooted up the bodies, and spirited off the dead to a place worse than Hell."
— Reggie, Phantasm: Oblivion